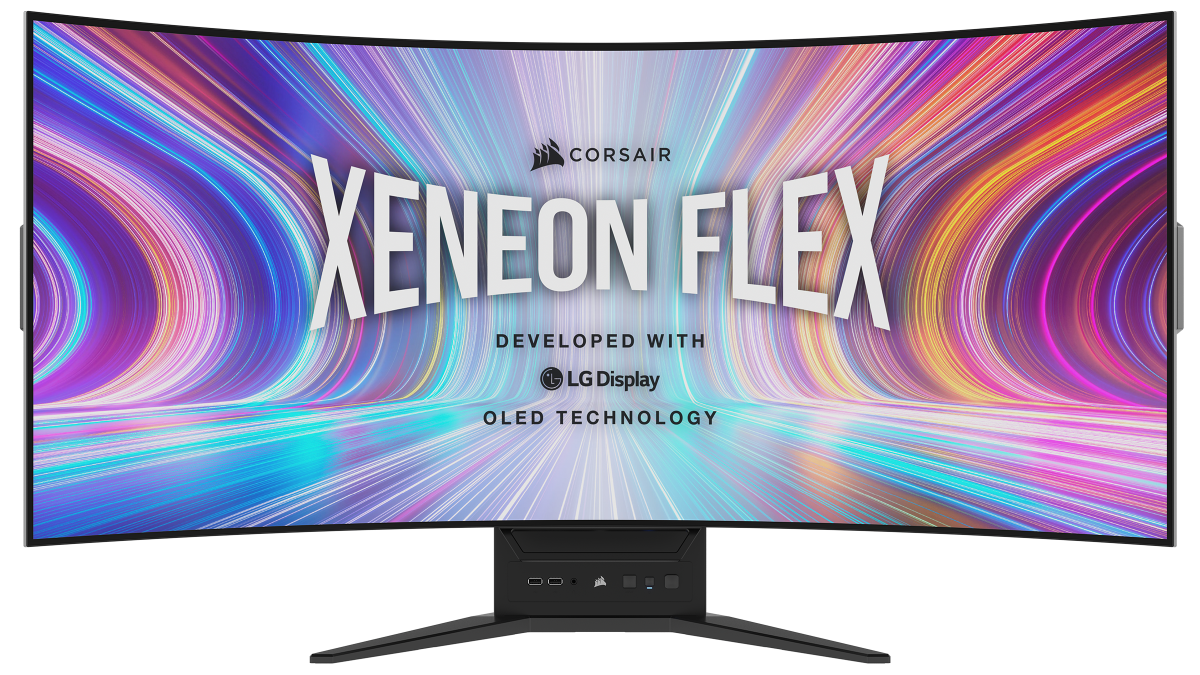 Corsair has officially announced and presented their first true bendable OLED gaming monitor that allows users to enjoy both flat and curved screen experience whenever they want. The new monitor is called the XENEON FLEX 45WQHD240, and multiple YouTube content creators (BitWit, JayzTwoCents, LTT's ShortCircuit) have received each a prototype unit for review purposes.

The Corsair XENEON FLEX 45WQHD240 OLED gaming monitor is done in partnership with LG, which means that we will finally be getting a reliable, fast and excellent picture quality in a monitor that's both flat and curved at the same time. The new monitor's specs aren't 100% final, as Corsair and LG continue to work on it, but below you can find some of the specs that they won't be tinkering with too much such as screen size, resolution and refresh rate values.

The new gaming monitor should be released later this year or in early 2023, as Corsair will look to tweak the last details before the product is ready for mass production. Today, the XENEON FLEX prototype units don't have VESA mount certification and the "screen flex" part is done manually by pulling the two handles located on its back. The final model will receive motorized "screen flexing" support, as well as some form of VESA mounting support for those looking to connect it to their own desk mount.

When the official release date, availability and pricing details are released we will post an update. Note that the monitor will take a while before it gets ready for launch, and it might be pushed back to 2023 even if everything goes well. 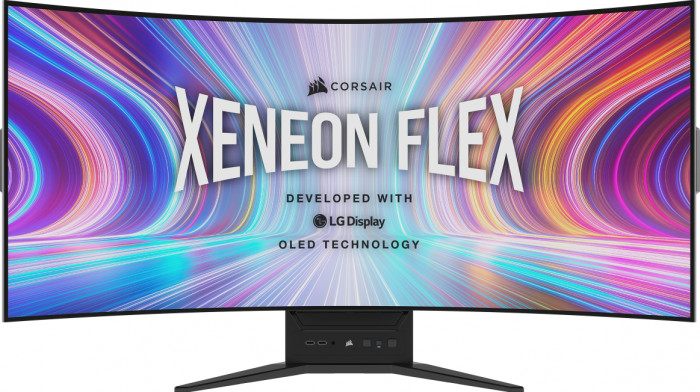 GIGABYTE M27Q is an IPS QHD gaming monitor that's destined for those with a tight budget. The monitor is currently 10% ...