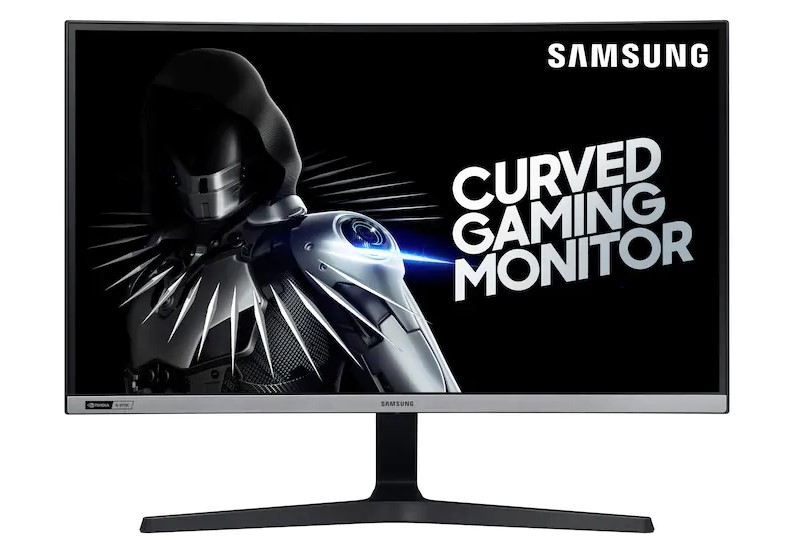 Samsung has launched a brand new curved gaming monitor in South Korea with the model number set at CRG5. The new monitor measures 27 inches and it comes with all kinds of goodies that will make gaming in front of it a pleasure.

Samsung CRG5 is a 27-inch gaming monitor that is also curved, and it comes packed with support for NVIDIA G-Sync, 240Hz refresh rate and a 240Hz RapidCurbe technology that will offer one of the best smoothest images you’ve ever seen on a curved monitor. The pricing and availability for worldwide markets remain unknown, but we should be getting new info in the coming weeks.

The Samsung CRG5 27” curved monitor has a curvature measuring no more than 1500R, and it features multiple new technologies such as Blue Light filter, Flicker Free intended to protect your eyes during long hours of gaming, Virtual Target that should improve your aiming, various Game Modes for different titles you’re playing, and others more.

This new curved monitor is only available in South Korea at this moment, but it should reach all the other regions of the world in the following weeks and months. If you’re using a gaming desktop that packs an NVIDIA graphics card, then you can use the monitor’s NVIDIA G-Sync compatibility in order to reduce stuttering, screen lagging and image tears, so that you will enjoy one of smoothest gameplay experiences ever seen on a Samsung monitor.

The Samsung CRG5 27” curved monitor panel is VA, and it has a contrast ration of 3000:1 and a 1500R curvature. You can learn more about the good stuff packed inside this model on Samsung’s dedicated web page here.

Note that this monitor also comes with multiple picture modes that will allow you to switch instantly between them depending on the genre of the video game you’re playing – you can set FPS, RTS, RPG and other modes by simply using the monitor’s hardware buttons. In case you are an advanced user, then the monitor also has a “custom Picture Mode” feature, that allows you to modify each option manually and get more out of the panel’s capabilities.

Philips is going to launch a new 49-inch "general purpose" ultrawide and curved monitor in June, and we are currently ...