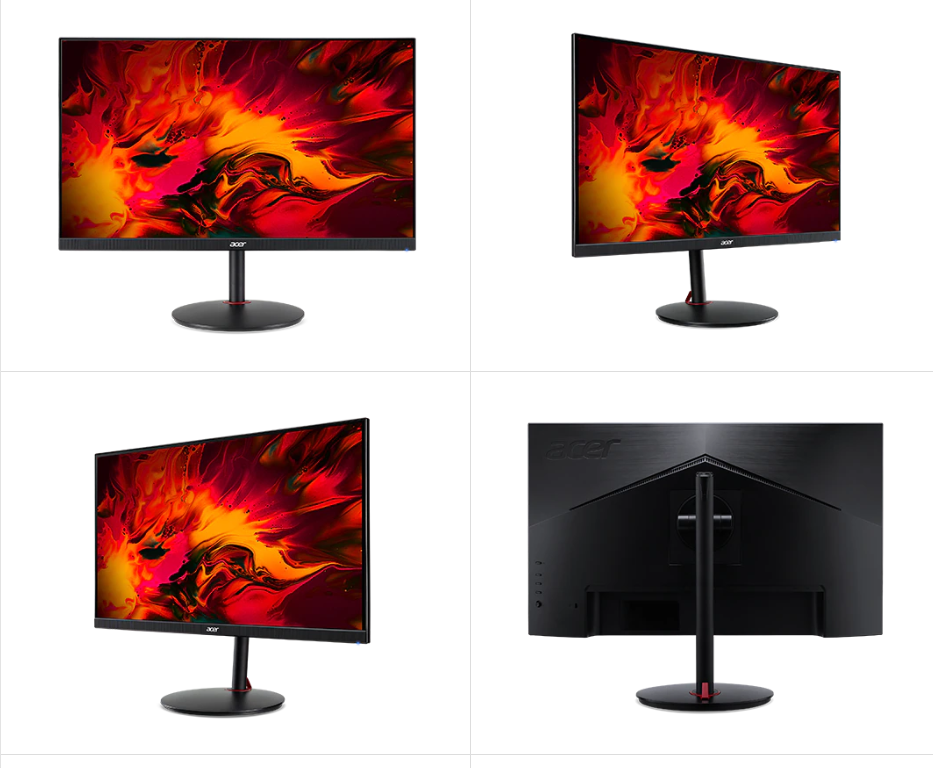 The Acer Nitro XV252QF will be the first gaming monitor that goes over the 360hz refresh rate "limit" that is currently sported on multiple new models. The 390hz refresh rate is achievable via the monitor's overclock function, as the standard value is listed at 360hz.

The VRR (variable refresh rate) of the Acer XV252QF monitor is offering support for both AMD FreeSync and NVIDIA G-Sync technologies. We cannot confirm that both technologies will support VRR up to 390hz, but we should be able to confirm when it gets launched. The official website of this monitor lists the AMD FreeSync Premium as the only technology supporting up to 390hz variable refresh rate, while the NVIDIA G-Sync certification is nowhere to be found. We speculate that the maximum VRR value won't be listed as available for NVIDIA, but there should be a different 390hz gaming monitor announced soon enough that will offer G-Sync compatibility for even higher refresh rates than the XV252Q F model.

This monitor should provide excellent picture quality and along with the highest refresh rate will easily become the smoothest Full HD gaming monitor out there, even though the human eye can't discern such a high refresh rate value. We can't wait to se how this monitor performs and if it gets popular enough, then we expect other similarly built models to be released in the following two years.

In terms of connectivity, the Acer XV252QF Nitro offers one DisplayPort 1.4 input, two HDMI ports, two 2W built-it audio speaker, and a 3.5mm headphone jack. The monitor's stand provides complete ergonomics, as it allows users to adjust the monitor's height, tilt, rotation and swivel angles. This monitor will be released later this year, and we will post an updated article when info about its pricing and region availability is made public.